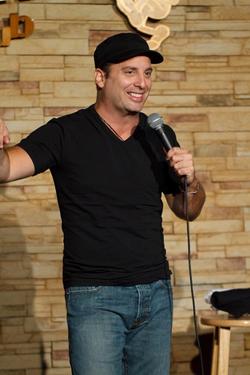 Friday, April 17, 2020 | 8pm THE STANDUP COMEDY PERFORMANCE FOR APRIL 17 HAS BEEN CANCELLED. REFUNDS WILL BE ISSUED FOR ANYONE WHO HAS PURCHASED A TICKET TO THIS EVENT. FOR MORE INFORMATION OR IF YOU HAVE QUESTIONS, CALL 717-263-0202. WE APOLOGIZE FOR ANY INCONVENIENCE THIS MAY CAUSE OUR PATRONS

In his 28 years as a performer, he has had the privilege of sharing the stage with comedy legends such as Joan Rivers, Chris Rock, Kevin James, Dave Attel, Jim Breuer, Christopher Titus and Tom Green. He has made television appearances on HBO, NBC, E!, and Comedy Central. He is heard regularly on SiriusXM Satellite Radio and has appeared on the nationally syndicated, “Sex Talk Live,” “BTS Radio Show” and “The Jiggy Jaguar Show.” Steve has entertained the troops in Iraq and Kuwait, performed at 2007’s “Gathering of the Juggalos,” and has been seen nationally and internationally at such festivals as Gilda’s “Laughfest” (3 times), Calgary’s “Funnyfest,” “The Detroit International Comedy Festival” (twice) and “The Great Plains Comedy Festival” also twice.

Warning: Mature language and themes – NOT recommended for minors.

Ticket Prices $20  and includes light munchies and a cash bar