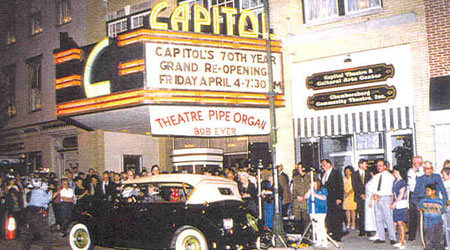 Maybe you met your spouse here, snuck into the theatre to see a movie, saw your favorite entertainer or maybe you had a paranormal encounter. Regardless of what your memory may be, we want to hear about it and record it for posterity and to help us raise funds for the Capitol Theatre!

If you have a memory you’d like to share, please complete and submit the form located at the bottom of this page and we’ll be in touch with you!

She and husband Bob moved here decades ago but Maryann Fisher calls Chambersburg home. Their daughter Bridget was just three when they moved, and son Mike was born here. Mike was in high school when the family visited the Capitol Theatre to see A Christmas Carol, presented by Totem Pole Playhouse. It was a perfect first-experience for all of them, and Maryann’s love affair with performing arts and the Capitol Theatre began. From then on, the family attended many shows and events.

In 2012, Maryann was invited to join the theatre’s board of trustees. She served two full terms, continuing to deepen her attachment to the theatre. She even connected her business, Decorating Den Interiors, to the theatre with a new event, Ladies Night. Not only was it good for business, but Ladies Night was also a fun event that benefitted the Capitol Theatre, too.

Maryann and Bob attended many shows—tribute bands are their favorite! —and events through the years. As a board member, she also volunteered on committees and at events. One of her most treasured memories of the theatre happened during a family-friendly extravaganza focused on the movie Frozen. She’d been volunteering in one of the upstairs rooms. Just before the movie began, Maryann sneaked into the balcony, hoping to catch a glimpse of her grandchildren in the auditorium.

“In the quiet before the movie started, snow fell from the ceiling and the kids went nuts. (Theatre manager) Stephanie didn’t tell me there was going to be snow! I could hear Leo and Finley screaming with excitement below, and the snow was falling, and it made me so happy, my heart so full, I started to cry”, remembered Maryann.

Continuing the tradition that started her love affair with the Capitol, Maryann took her grandchildren to see A Christmas Carol. At their first time, Leo and Finley got called onstage by Scrooge himself, who treated each child to a special coin at the end of the show. The next time Maryann tempted them with “something special planned for you” and asked them to guess, the kids blurted out in unison, “We’re going to the Capitol Theatre?”

Since 1927, the Capitol Theatre has been a beacon of the arts on Chambersburg’s South Main Street. With its original Möller pipe organ, mahogany railings, elaborate murals and carved fretwork, the historic building is a rare gem. A registered 501(c)(3) organization, the theater gratefully accepts donations at www.TheCapitolTheatre.org. Simply click on the blue “Donate” button.

Those who prefer to mail donations may make checks payable to Capitol Theatre Center Foundation and send them to Attn: Donations, 159 S. Main St., Chambersburg, PA 17201. 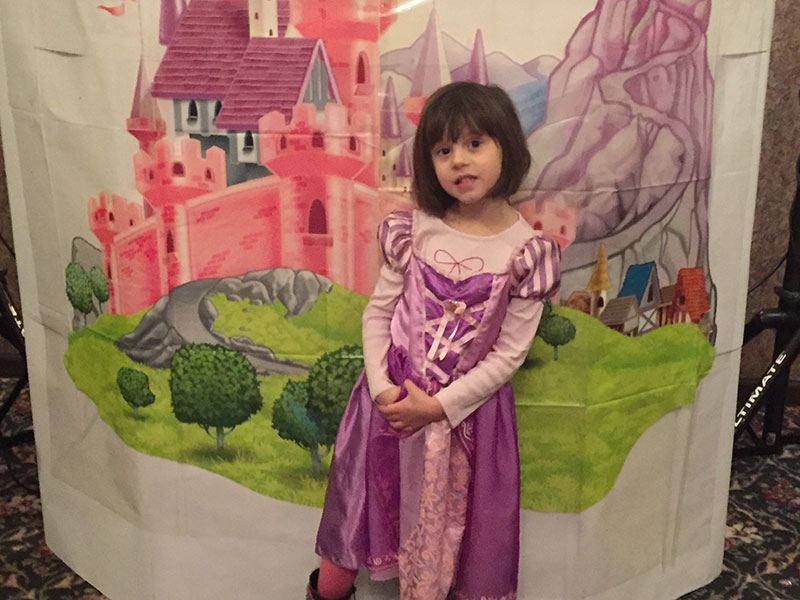 Finley Fisher at the Princess party. 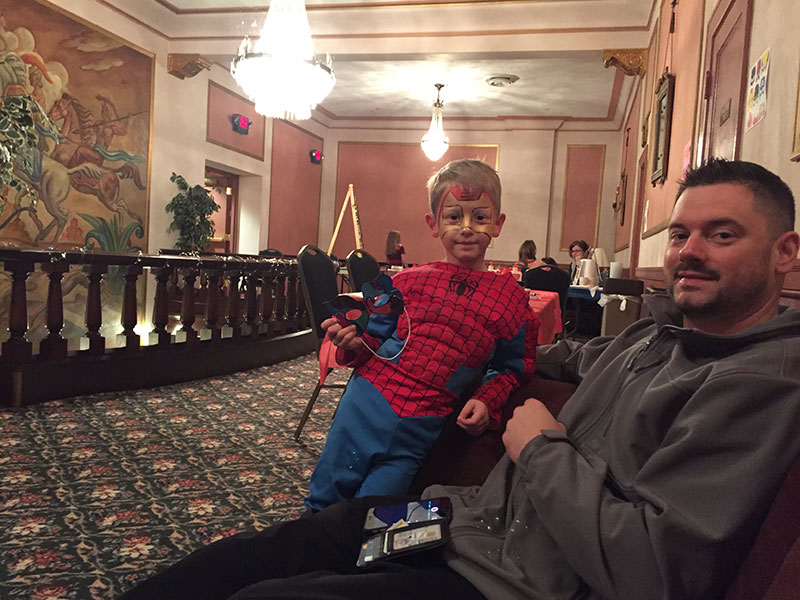 Leo and Mike Fisher at the Superhero event. 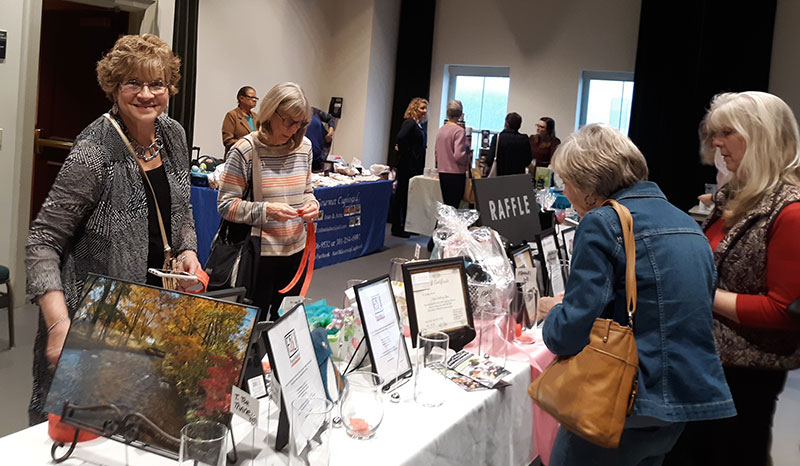 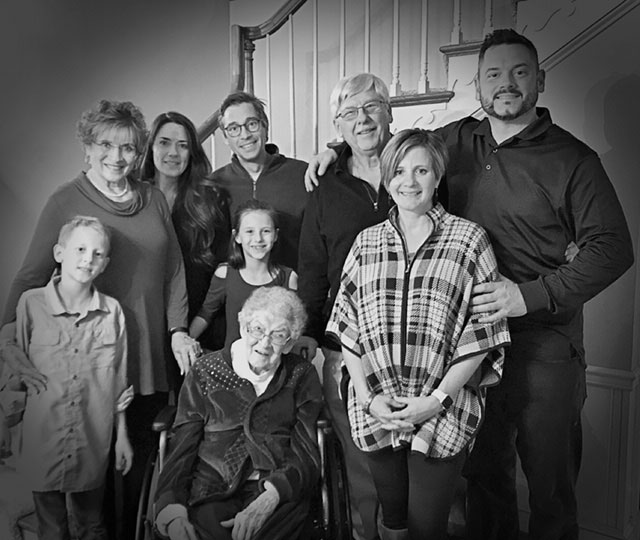 The Capitol Theatre Reignited Her Love of Performing Arts

Becky Ables has lived on several continents, including South America, Europe, and in North America, two southern states in the United States. While she had great experiences along the way, she never really connected to a place enough to call it home. When she moved here in 2004, Becky was determined to make a hometown connection for herself and her daughter, Janie.

Her then-employer encouraged her to join the board of directors for the Capitol Theatre Center Foundation. While Becky was involved in theater arts in high school, she’d never even been to a historic theater, so was leery. That wariness was quickly put to rest when she met board members, the staff, and other volunteers at the Capitol. Everyone was so welcoming, and Becky loved hearing the older event volunteers share their childhood memories of the theater. She was hooked.

Becky made sure her daughter experienced the joy of live performances, too. In addition to enjoying shows with her mom, Janie performed onstage at the Capitol as part of the Missoula Children’s Theatre and Stage Camp.

“She also wants to write something for the Young Playwrights Festival, but we haven’t fit that into the schedule yet,” Becky said with a laugh.

Becky served two full terms on the board; the maximum permitted before a break. During 2020, her final year, Becky gained firsthand knowledge of the struggle experienced by a theater when it is forced to go dark. Fortunately, the Capitol successfully applied for several grants that funded salaries for the reduced staff, much-needed preservation, and other bare-minimum expenses.

“I’m a donor because the theater is important to me,” she said. “It’s one of my top two or three charities every year.”

During her board tenure, she served on the committee for the popular Blues, Brews & Barbeque event and sought local businesses to sponsor it; volunteered at Blues, Brews and other festivities; and was elected secretary of the foundation’s board. Though she is no longer serving on the board, Becky will continue giving her time, talents, and treasure to the Capitol.

Since 1927, the Capitol Theatre has been a beacon of the arts on Chambersburg’s South Main Street. With its original Möller pipe organ, mahogany railings, elaborate murals and carved fretwork, the historic building is a rare gem. A registered 501(c)(3) organization, the theater gratefully accepts donations at www.TheCapitolTheatre.org. Simply click on the blue “Donate” button.

Those who prefer to mail donations may make checks payable to Capitol Theatre Center Foundation and send them to Attn: Donations, 159 S. Main St., Chambersburg, PA 17201. 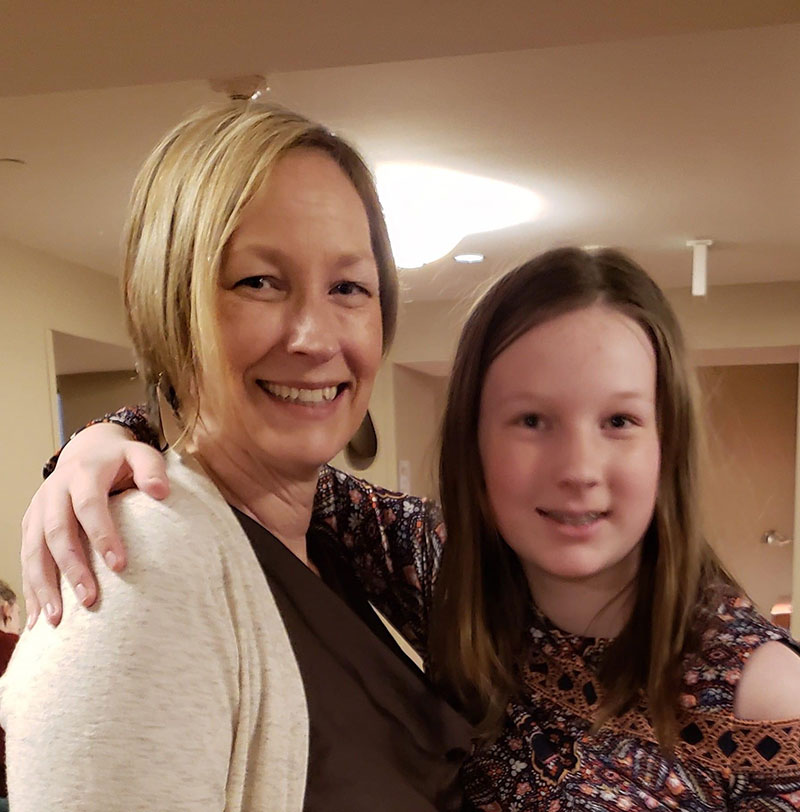 Becky Ables and daughter Janie Miller in 2020, awaiting a performance. 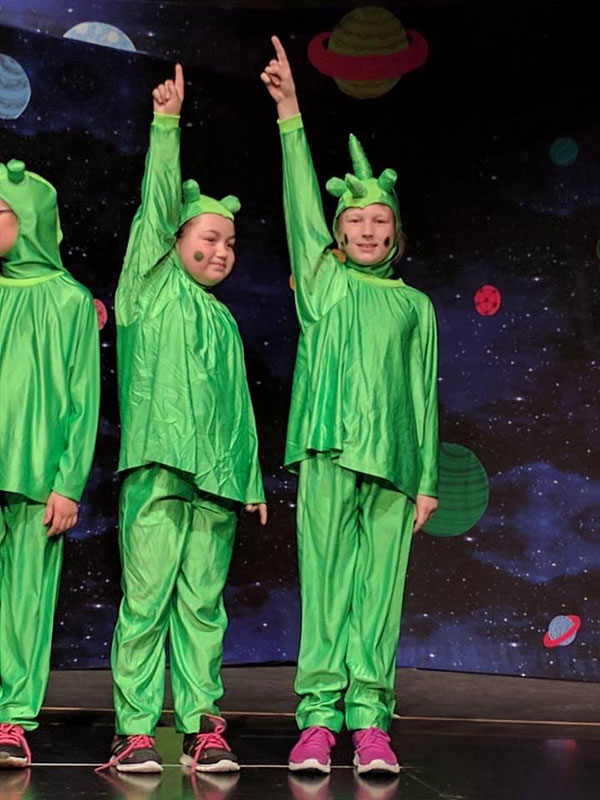 Janie Miller, age 9, in her first performance at the Capitol Theatre. She played a Lilliputian in the Missoula Children’s Theatre production of Gulliver’s Travels. 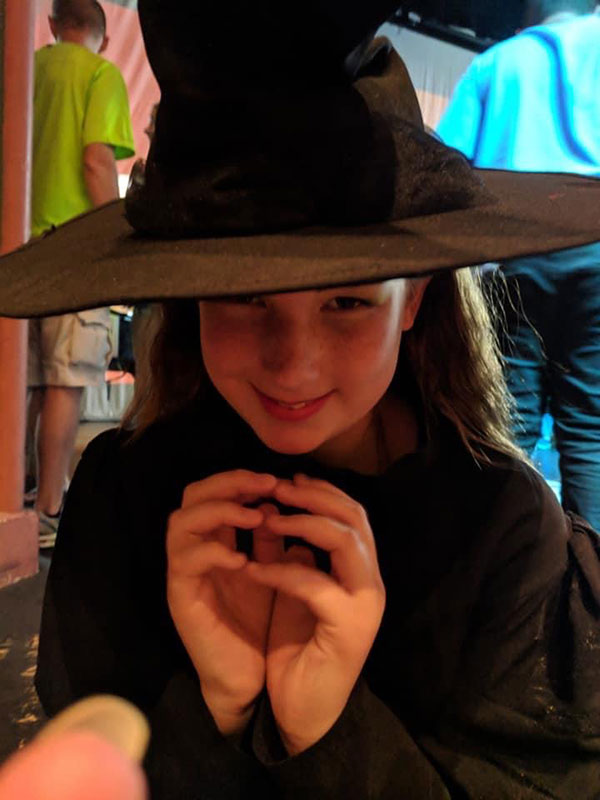 Janie Miller, age 11, played the Wicked Witch of the West in the finale performance of Cumberland Valley School of Music Summer Camp.