/ About Us / Our History 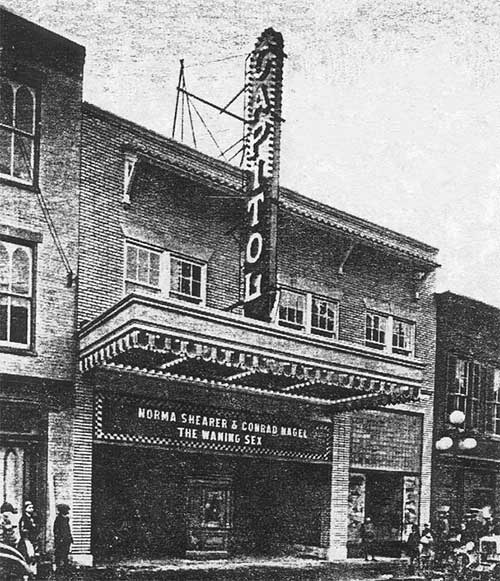 Having reached a long-term goal in January, 2010, Capitol Theatre Center now operates independently and is governed by the Capitol Theatre Center Foundation with a dedicated volunteer Board of Trustees. Ownership of Capitol Theatre Center was transferred at that time from Downtown Chambersburg Incorporated. Capitol Theatre was originally owned by the Pottstown Theatre Company and opened in a grand spectacular fashion on the night of February 3, 1927 as a movie house and performing arts theatre. The theatre has had several owners including Gordon and Marlene Madison who purchased the movie palace in 1980 and worked tirelessly in attempting to bring the theatre back to its original glory.

In 1996, Downtown Chambersburg, Inc. purchased the theatre from the Madisons and re-introduced it on June 6, 2003 as the expanded Capitol Theatre Center designed to be the cultural arts hub of the community and surrounding region. With the historic main stage and auditorium as its featured attraction, Capitol Theatre Center is home to the Wood Center Stage Theatre, a dramatically beautiful multi-purpose space available to rent for theatrical, corporate and social events. It is also home to Chambersburg Community Theatre and Chambersburg Ballet Theatre School thereby building a following in the community as the place to be for the Arts experience.

The current mission of the Capitol Theatre Center is to serve the region by providing cultural enrichment through the year, and to meet the interests of a broad constituency of patrons. It serves as a primary venue for community artistic events and national touring live shows.